The use of force to twist or turn one end while the opposite end remains stationary.
* Bar: Long, made of metal, and used to shift torque from a spring to a winding plug
* Shaft: Shifts torque to a load from the springs
* Spring: A spring which is twisted in one direction on one end while being secured or twisted in the opposite direction on the other end in order to create torque.
* Spring Assembly: Parts constructing the counterbalance assembly.
* Spring Counterbalance Assembly: See Torsion Spring Assembly.
* Tube: See Torsion Shaft.
* Tube Coupler: Also called a coupler, this is used to connect one counterbalance shaft to another. 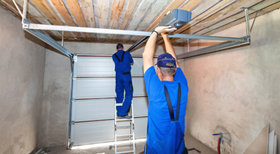 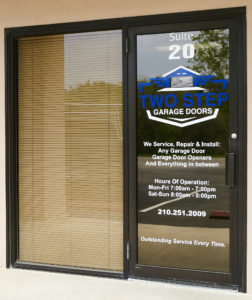 Customer Service is our #1 Priority

Two Step Garage Door is ready to go to work for you and make sure your garage door is taken care of quickly. Our team enjoys helping our neighbors right here in San Antonio, Texas. Know More